NO FUSS. ALL FEELING.

Unpretentious but packed with power, this “Brown” Princeton is the ideal amplifier for Grammy®-winning country artist, Chris Stapleton. Inspired by the iconic Fender amps of the early 60s, this signature model offers hand-wired circuitry, touch-sensitive dynamics and special features selected by Stapleton himself. 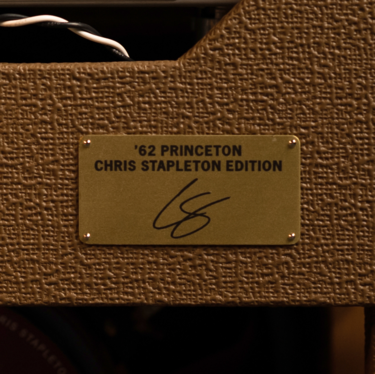 Chris Stapleton is one of the most popular artists in the Nashville scene today, and they've gone to great lengths to replicate his favorite amp and tones. 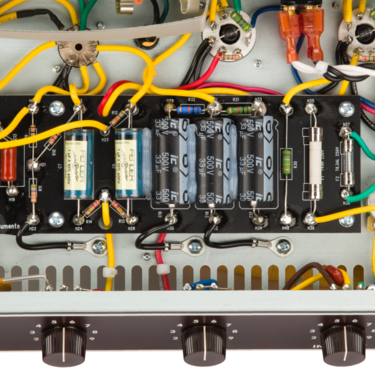 This amplifier features hand-wired circuitry mounted on eyelet board, performed by a builder at a workbench — just like the iconic Fender amps of the 50s and 60s. 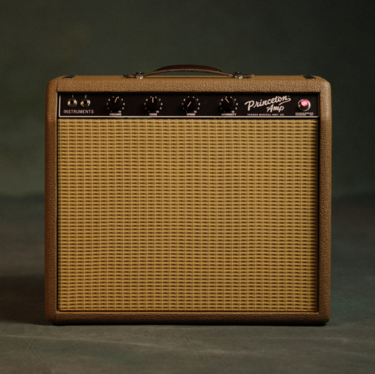 CHASING THE MAGIC OF AN ICONIC AMP

Many years ago, Chris Stapleton had somewhat of a problem on his hands.

A longtime Fender amplifier user, he found that a beloved 1962 Princeton had the tone he loved, with a tremolo to die for, but its 10” speaker just didn’t have the oomph he needed when playing to a live audience.

Out of necessity, the Kentucky-born, Nashville-based songwriter and producer sometimes turned to bigger, louder Fender amps as his career blossomed. Still, bigger can often mean heavier.

“I found myself using these heads with high wattage Fender amps at really low volume so I’m not killing anybody,” Stapleton says with a laugh. “Eventually I got tired of carrying those things.”

Fate would smile on the Grammy Award winner when he saw another ’62 Princeton available on Craigslist that was modified with a 12” speaker. Quick to purchase, Stapleton had found his perfect amp.

“That’s been the amp I’ve played on stage since the day I got it,” he says. “You can turn it up and be all rock and roll about it or turn it down and be tender and sweet about it. It hangs in there with any drummer and doesn’t make anyone in your band want to kick you out.”

Now, Stapleton has teamed up with Fender on a faithful reissue of that legendary 1962 “brownface” amplifier in the ’62 Princeton Chris Stapleton Edition. An accurate representation of the original and extremely rare ’62 Princeton, this hand-wired signature model combines Stapleton’s favorite features in a pristine amp with warm tone and dynamic touch-sensitive response. 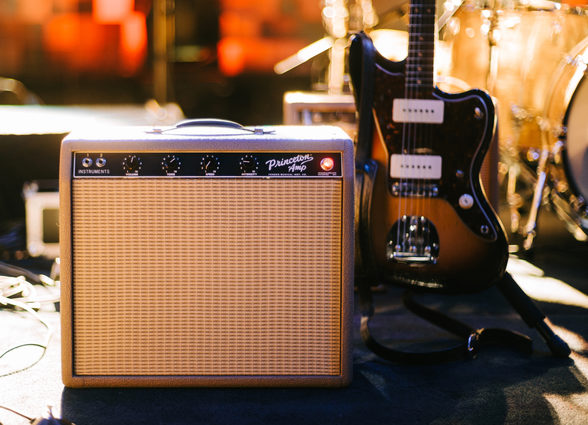 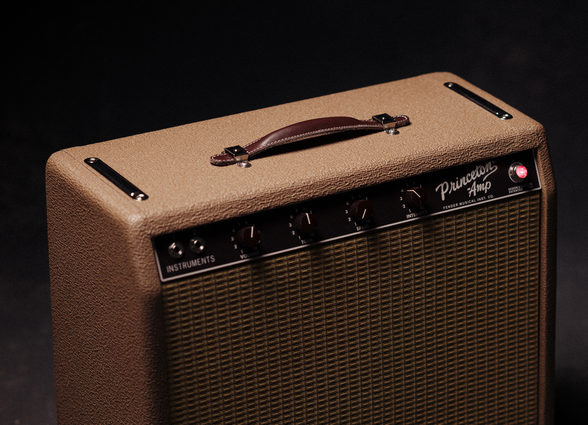 “The tremolo on this amp is a magic, magic thing,” Stapleton notes. “There’s not a pedal that does it, there’s not a plugin on a computer that does it. That’s a really cool thing to me to hear that sound coming out of something new.”

Stapleton won’t be parting with his edition of the ’62 Princeton any time soon. After testing it against his original modified ’62 Princeton, he uses his namesake Princeton on some of the biggest stages around the world to this day.

“It’s an amp that’s easy enough where a kid could learn how to use it,” he says. “It’s small enough that you can carry around if you’re playing club gigs, but it more than does the job if you’re playing arenas and stadiums. It’s not just cosmetic. It’s internally, sonically, construction-wise, what this amp is supposed to be. This is the real deal.”